What Is PWA: Progressive Web App – Understand in Detail!

Earlier, there were only cell phones in the market. On cell phones, there are no apps.

But then came smartphones. With the advent of smartphones, people started using apps.

Native Apps are an important part of smartphones. As the term native, they only support one operating system.

Many business owners invest in native apps to make their products accessible to all.

But there are many business organizations that run away from native apps because it is quite expensive to build and maintain them.

But now, there is another option. You can use the Progressive Web App.

What is PWA – Progressive Web App?

Progressive Web App is commonly known as PWA. It is an application.

But you can build it using web technologies. Developers mostly use HTML, JavaScript, and CSS.

Even though it is made on the web, it will match the functionality of an actual native app.

Now, with the advancement in technology, you can easily convert any website into an App.

As we all know, native apps are time-consuming.

Developers have to devote a lot of time to developing these apps. But with PWA, you don’t need more time.

You can easily build these apps in lesser time. On top of that, you can take advantage of all the features of a native app.

You can include push notifications as well as other specific features in your app.

Most of the site which we visit online is actually PWA. We just fail to notice it.

Have you ever wondered how a website can perform like an app? Well, the answer is simple; it is a PWA.

PWA Progressive web apps are making their way to browsers.

Newer versions of the Google Chrome browser have already switched over to being able to read progressive web app manifests.

That include information about icons, splash screen header graphics, and even where the user should be redirected after they’ve finished installing the app (to a particular page or context).

As mobile devices and tablets continue to grow in popularity, desktop operating systems like Windows 10 and macOS Sierra will begin supporting properties of progressive web apps as well.

However, this doesn’t mean you can just replace your website with a progressive web app.

So what exactly is a progressive web app?

Progressive web apps are a combination of features from your standard website to make it more accessible and “app-like”.

This includes adding the site to the home screen as,

– notifications for those that have added it to their home screen

– push notifications (not available yet)

– a service worker acting as a proxy to manage all page requests across the network, and much more.

All of these technologies must be supported by a website in order for Google’s search engine bots to see them as being progressive enough to qualify as a modern PWA.

In turn, this will allow them to show up higher in search results using their new mobile-friendly ranking algorithm which will be rolling out in the near future.

Service workers are perhaps one of the most important aspects of making your website progressive, especially for those sites that have frequent content updates.

Since service workers are able to run in the background they can retrieve new or updated content and provide it to users when requested.

This also makes them useful not just for websites but also for things like push notifications that will allow you to retain visitors even when they’re away from your website.

Google Analytics has an official blog post about this which you can read.

Other features such as,

– web app install banners (which use a simple JavaScript API)

are available on some browsers but still may not cover all of your users depending on their OS and device.

For example, Android is behind compared to Apple’s iOS which is ahead of the game with quick actions for things like Gmail, Google Maps, and even YouTube.

The best and easiest example of PWA is Twitter. It is a social media platform.

You can access it directly from the web or download the mobile app from the Play Store or App Store.

Moreover, you can go to Twitter.com on your phone. 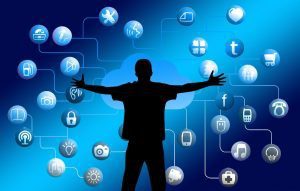 You can also install it on your screen.

After that, whenever, you want to use it, you can open the site directly from your home screen.

When you open it, it will look like an app rather than a web page. It will work just like a native app.

You can do this from android phones as well as iPhones. All you need to do is log in to use it.

This is how PWA works. It gives you the quality of a native app.

Apart from Twitter, there are many companies that are taking advantage of this technology.

Some of the major companies who are using PWA are as follows,

You can directly install these sites on your home screen. You can open it and use it as a native app.

How is PWA Different from Native App?

Many people often confuse PWA with a native app. But these are two different things.

There are many points of difference.

The first point of difference is downloading. You have to download the native apps on your phone.

These apps are available on the Play Store and App Store.

As for PWA, you don’t have to download it.

You can simply save the website on your home screen. Once you save it, you can easily access it.

As we all know, apps are developed using programming languages.

So when it comes to native apps, they can only be built using specific programming languages only.

If you are building an app for android, you can only use Java.

As for iPhone apps, you can only use Swift. There is no other option.

You need to know these languages thoroughly to build native apps.

For PWA apps, you don’t have to stick to a particular programming language.

You can use other programming languages which are used to develop websites like JavaScript, CSS, etc. There are no limitations.

There are many limitations to native apps.

Many developers often go after shortcut methods to create native apps, but in doing so, the apps become faulty and have many limitations.

As for PWA apps, it doesn’t work well for iOS. When you use it in Safari, it will have limitations.

Native apps work on their respective platforms. Apps for android will only work on android phones.

You can use it for the iOS platform. Similarly, apps made for iOS will work only on iPhones.

But PWA works on any platform. As it runs on the browser, you can use it on any phone.

There is no problem. It supports multiple platforms.

Native apps take a lot of time to develop. Developers have to put in a lot of effort to make these apps.

PWA apps can be easily developed. It doesn’t take much time. As you can use web technology, it can be made at a faster pace.

Native apps are quite expensive. You have to invest a lot of money in building native apps as they are specific to the operating system.

PWA apps are cost-effective. As you are not using a specific language, it is less expensive.

You can save a lot of money on these apps.

PWA has some attributes which you cannot find in other apps. These apps are packed with some amazing features.

Apps should be fast. Studies show that people leave 53% of people leave the site if it takes too long to load.

The website should load in less than 3 seconds. PWA loads faster. Even if you have a low connectivity speed, it will still load at a faster speed.

I switched from shared hosting (Bluehost) to Cloud hosting (Cloudways) and the website speed drastically changed from 5-6 seconds to under 2 seconds.

The biggest problems with web apps are faulty scrolls.

Have you ever tried scrolling a page that gets stuck? PWA should provide fast scrolling speed and page transition speed.

The PWA should be responsive. A responsive app easily fits on any device.

It should be responsive to all types and sizes of devices.

It should be installable. This is the main feature of PWA.

This is how progressive apps can compete with native apps.

Users should be able to install it on the home screen. This way, they can open it with a single click.

When you open a PWA app, it will add a splash screen. This gives the app a feel like a native app.

It happens when you start the app. PWA app should include these features.

Users like the engaging quality of native apps. If you want your PWA app to rival the native apps, it should be very engaging.

You need to add features like, push notifications, icons, and offline mode to make the app more engaging.

These are the features you can enjoy with PWA. It makes it look like a native app.

The biggest benefit of PWA is user engagement. This app is perfect for the audience as well as the companies.

It is easy to use and access. Companies can use push notifications to increase their sales.

As a user, you don’t have to switch from one app store to another to look for specific apps.

With PWA, you don’t have to complete the app store process.

Developers can easily build PWA with simple web technology available on the internet.

You don’t need to master a specific language to build these apps.

PWA is cheaper to build. It is less expensive as developers are free to use common web technologies.

The cost of building these apps is less compared to others.

When you build an app, you have to maintain it as well.

But when you build a PWA, you can use the existing website’s codes.

This way, you don’t have to maintain the codebases. Maintenance becomes easier.

These apps are highly responsive. You can easily open and use these apps on any device with any screen size.

It takes less time to open and provides many features as well.

PWA is very fast. It takes less time to open. It can even work when there is low connectivity.

However, it is extremely lightweight, which makes it speedier.

7. No Money to Other Parties:

Google and Apple take a lot of money on listing native apps.

But with PWA, you don’t have to pay any money to Google or Apple.

As you are not using their platform, you can save money.

The biggest benefit of PWA is that it works even in offline mode, just like native apps.

Unlike websites, PWA works even if you are offline.

In order to discover apps, you have to search for app stores. But for PWA, you can directly search on search engines.

These apps are easily available on various search engines.

You can use push notifications in these apps. It will help you to engage the users.

When you install a PWA, you can easily engage in the app by using multiple features.

It will give you a feel of native apps.

PWA is good for normal sites, but if you want high-performance apps, it is best to go with native apps.

However, many companies convert their websites into PWA to gain more audience.

A progressive web app is also compatible with AMP pages.

You can use a plugin if you want to implement this with your AMP version of the site.

Found helpful: don’t forget to share it with your friends.

DISCLOSURE: When you buy through links on my site, I may earn an affiliate commission. This keeps it 100% reader-supported and free of ads or sponsorships. Thank you for your support!

How to Get a 100 score in Gtmetrix and PageSpeed Insights?

How to reduce TTFB in short?